A small universe of experiences that revolves around a restored farmhouse.

Ronchi Rò is both a starting point and a point of arrival for countless explorations, through a border land where sea, hills and mountains merge within a single glance.

Lots of places to discover and experiences to try, feeling the warmth and comfort that Ronchi Rò offers, to welcome emotions.

places with a long history 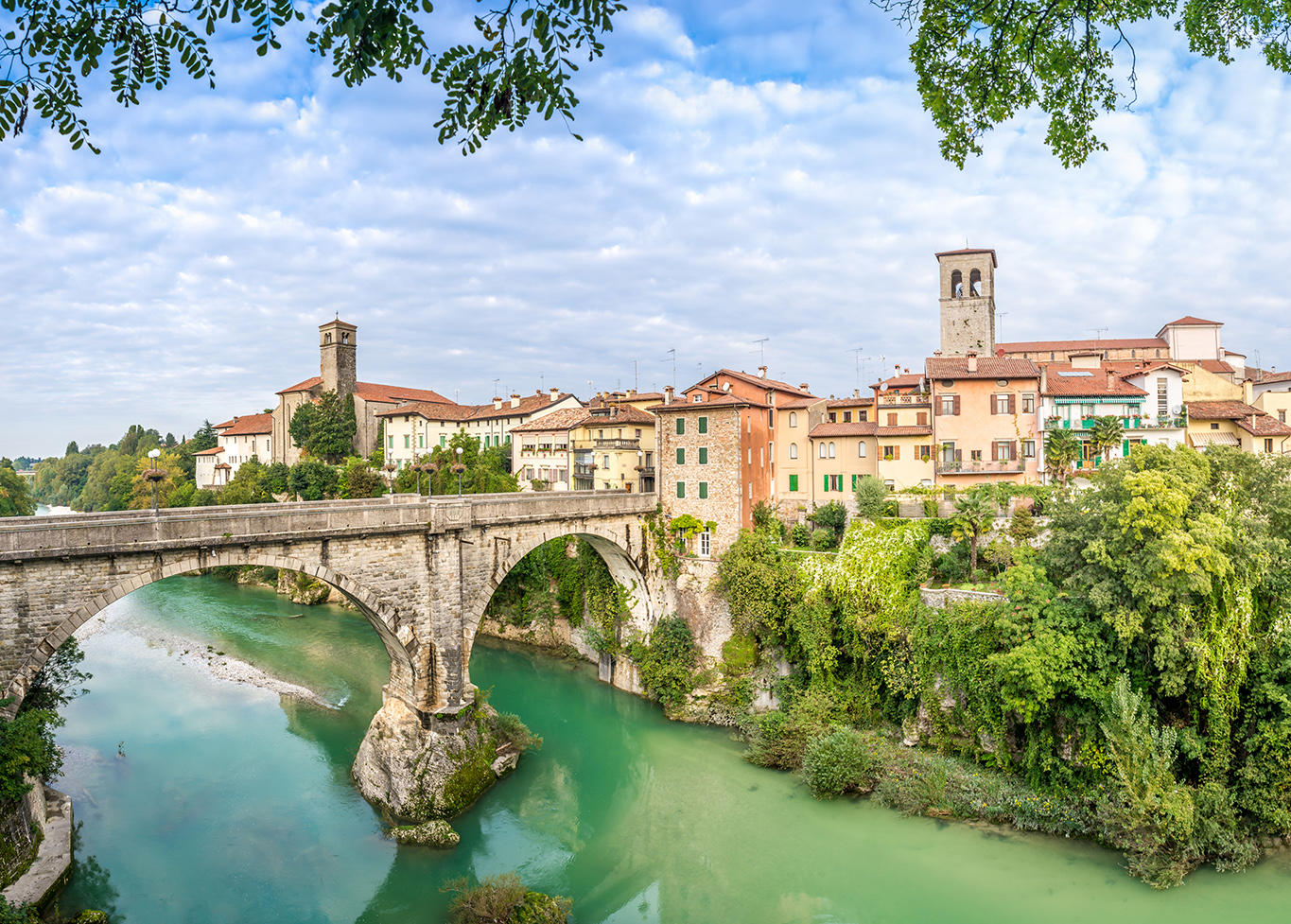 Founded by JuliusCaesar with the name of Forum Iulii, from which came the name Friuli for theregion, in 568 A.D. Cividale became theseat of the first Lombard duchy in Italy and later, for some centuries, theresidence of the Patriarchs of Aquileia. The city preserves significant Lombard testimonies, first and foremostthe Tempietto, one of the most extraordinary and mysterious Westernhigh-medieval architectures. In 2011 thehistorical and artistic heritage of Cividale was recognised by UNESCO, puttingthe city at the beginning of the Lombard route in Italy, in an itinerary thatallows the visitor to discover wonderful treasures, even if not well known,setting off precisely from Friuli Venezia Giulia region.  (source Turismo FVG) 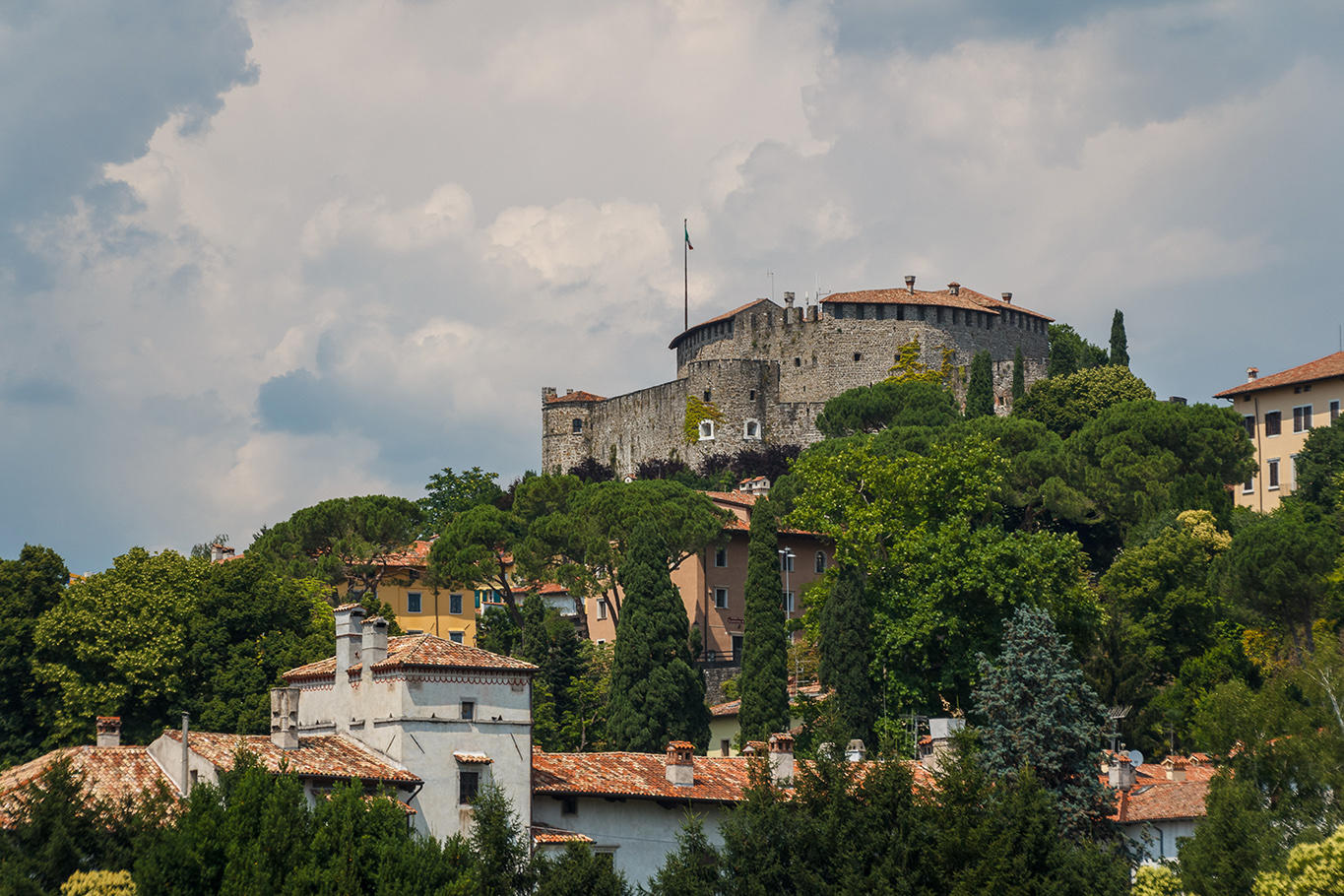 In Gorizia there is that suspended atmosphere typical of a border town: in Piazza Transalpina (Transalpina Square), physically divided by a wall until 2004, you can stroll with one foot in Italy and one in Slovenia. Thanks to its particular geographical position, Gorizia has always been culturally influenced by the mixing of different civilisations: Latin, Slavic and Germanic.Located on theeastern border, it has always played a pivotal role in Central Europe. Today its streets, architecture and parksbear witness to the great history of this city. (source Turismo FVG) 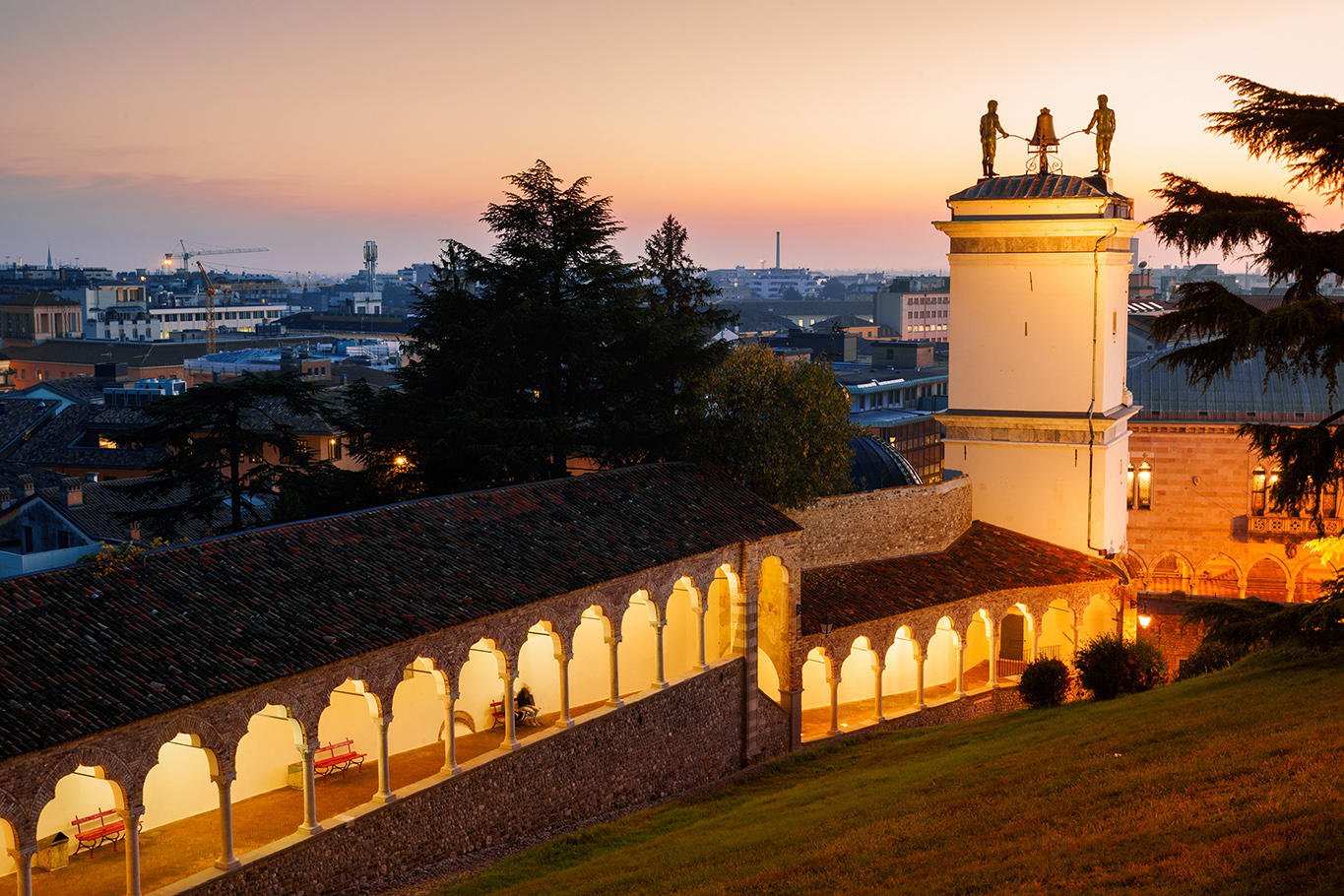 Udine is a small town with squares full of Venetian charm and old buildings: from Piazza Libertà, defined as “the most beautiful Venetian square on dry land”, to Piazza Matteotti (or “delle Erbe”), which, with its arcades along the sides, seems like an open-air living room, where you can observe the collection of ancient and colourful buildings which announce Udine’s spirit. On the city’s hill, the castle rises up from which you can see the rooftops of the city, the mountains that surround it and, towards the south, the Adriatic Sea.In the 18th century Udine was thecity of Giambattista Tiepolo, who reached his artistic maturity here: today youcan admire his masterpieces in the Gallerie del Tiepolo (inthe Palazzo Patriarcale), in the Cathedral, in the Oratory of Purity (Oratorio della Purità).   (source Turismo FVG) 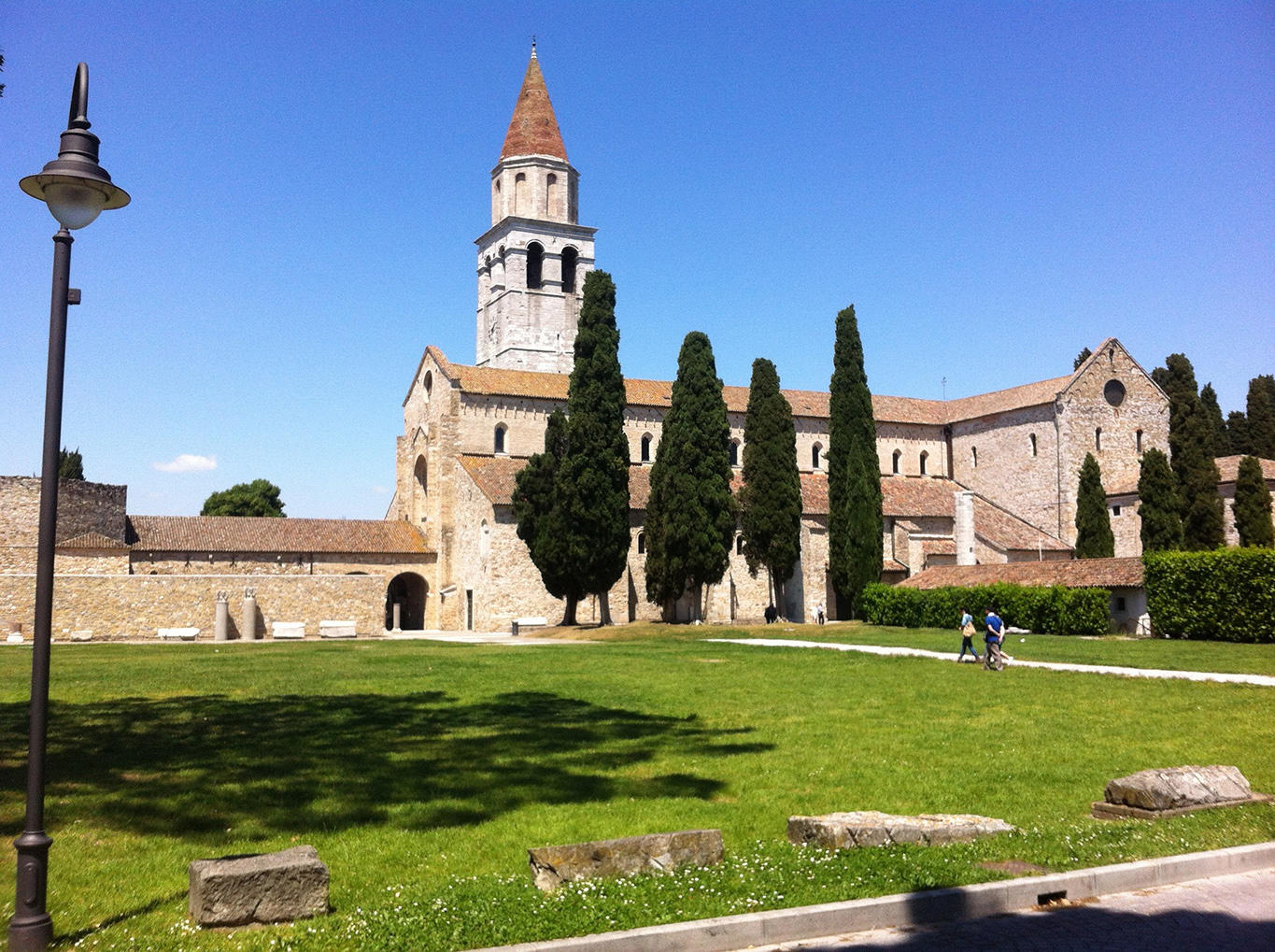 Aquileia, animportant city in the Roman Empire and the main centre for the spread ofChristianity in northern and eastern Europe, represents an extraordinaryopportunity to gain knowledge and offers an unforgettable visitor’s experience. It has been a UNESCO site since 1998 becauseof the importance of its archaeological area and the beauty of the mosaicfloors it preserves. The largest and most well-knownof them all is the one in the Basilica of St. Maria Assunta, which dates backto the 4th century, but there are also other precious mosaic remainsof the Roman and early Christian age, which make Aquileia a sort of capital ofWestern Roman mosaics. (source Turismo FVG) 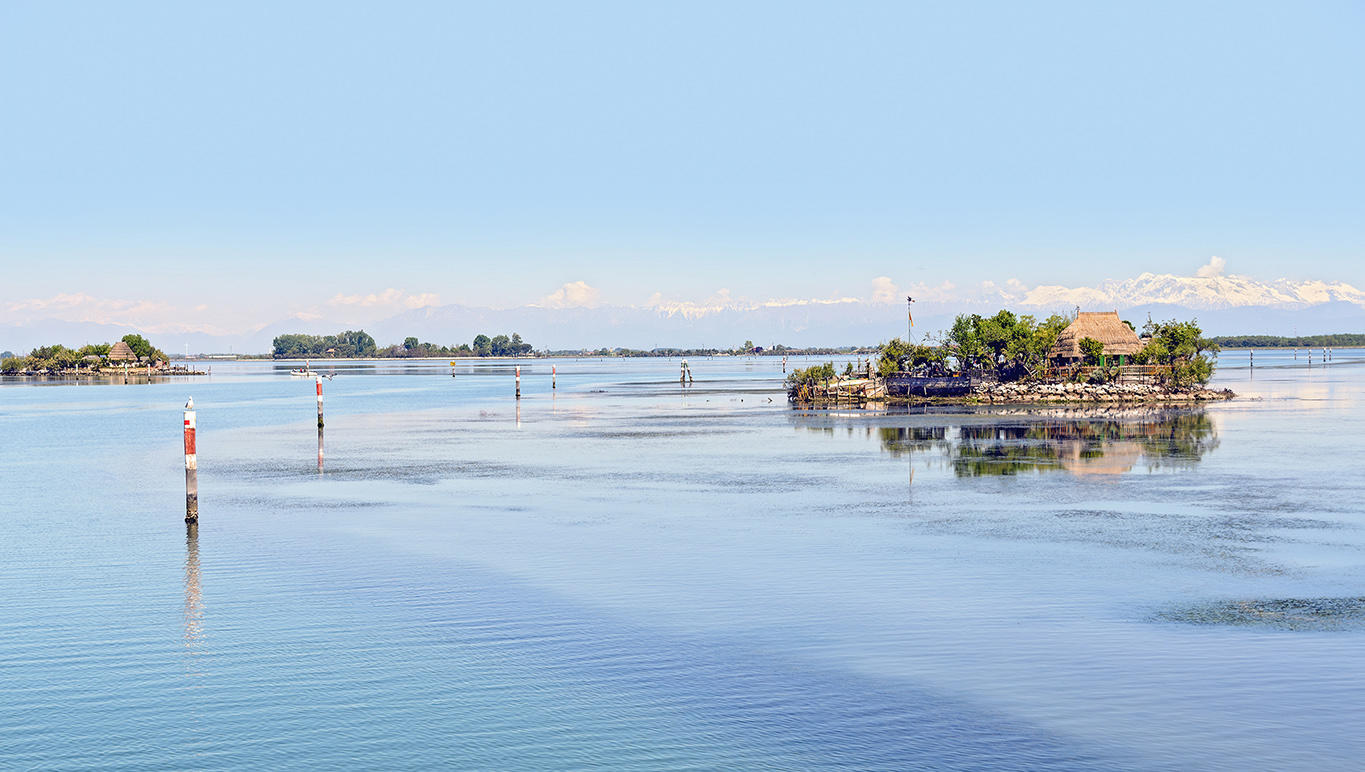 Grado is an elegantseaside town with a historic centre of Venetian charm, which unfolds among smallsquares and alleys overlooked by the picturesque fishermen’s houses. In the old town, in Campo dei Patriarchi (Courtof the Patriarchs), the Basilica of Santa Eufemia and the adjacent Basilicaof Santa Maria delle Grazie, the oldest church in Grado, dominate the scene. Known as the islandof the sun, because its three kilometres of beach, facing south, are never inthe shade and also because, thanks to its particular microclimate, the sunalways shines here. Once belonging tothe domains of the Austro-Hungarian Empire, Grado was much loved by theHabsburg aristocracy who, since the 19th century, travelled to theIsland for their baths and precious marine spas, which even nowadays stillcombine health and beauty and are the ideal place to restore strength to thebody and spirit. (source Turismo FVG).

Beautiful and cultured, Trieste is the most cosmopolitan city in Italy. There is still an air of its glorious Hapsburg past that made it “the little Vienna on the sea” and in the mixture of languages, peoples and religions that still characterise it one easily perceives its soul, that is both Central European and Mediterranean. The heart of the city is the most beautiful and most symbolic of its squares, dedicated nowadays to the unification of Italy. The buildings that overlook it are a perfect synthesis of Trieste’s history. However, the most spectacular side of the square is the one facing the sea, where its pier, the “Molo Audace” extends for more than two hundred metres.Trieste is also thecity of coffee. A Free Port for theimport of coffee since the 18th century, the port of Trieste isstill the most important port in the Mediterranean based on its traffic. Butcoffee in Trieste also rhymes with literature: there are numerous and beautifulliterary coffee shops; historical premises with a retro charm once frequentedby great authors such as James Joyce, Italo Svevo, Umberto Saba and still todaymuch loved by writers and intellectuals alike. (source Turismo FVG).

Immersed in a fascinating territory 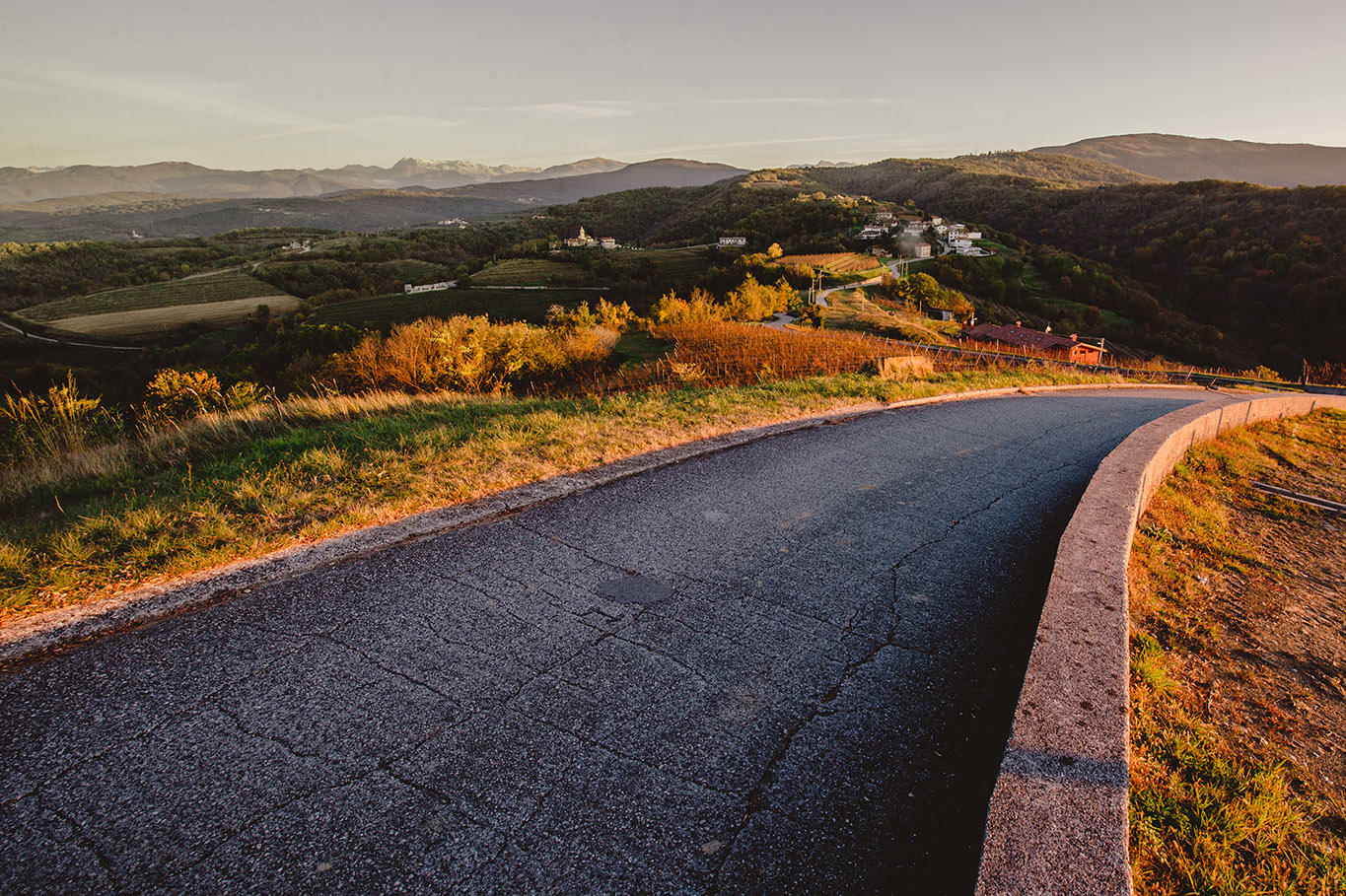 all around Ronchi Rò

A small area of greatwines, Collio is a complex land, with its fascinating asperity, the mostsincere expression of the flavours and moods of its wines and of the men andwomen who produce them with care and love, able to transform this complexityinto something balanced. The innatepropensity for harmony, between different identities that have coexisted forcenturies and among lands artfully planted with vineyards and uncontaminatednature, is found intact in its wines of the highest quality, that are flavourful,structured and fragrant: the synthesis of the Collio universe in a glass. (source www.collio.it) 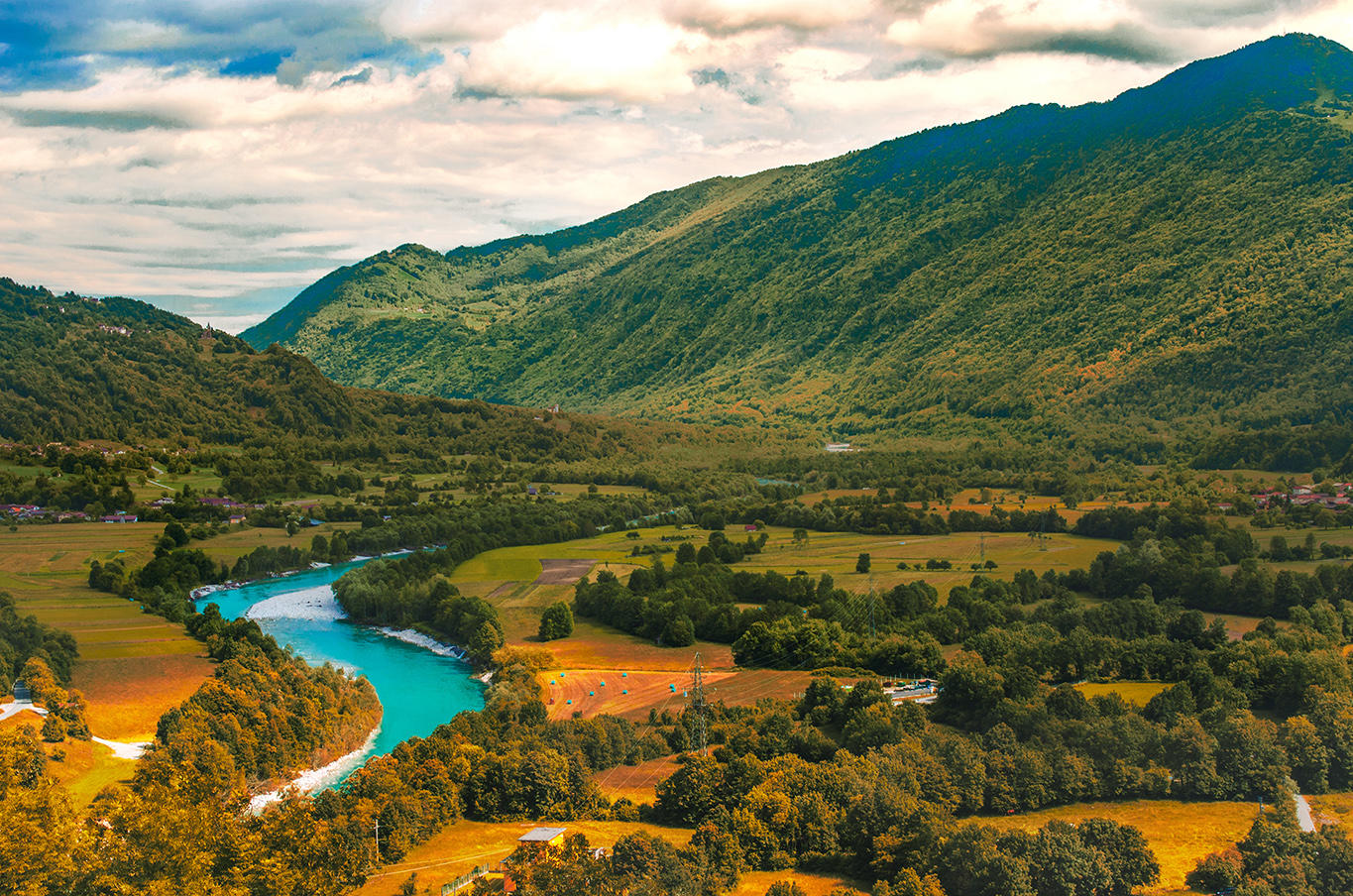 The Isonzo river,which rises in the region of Plezzo, in Slovenia, passing through canyons andwoods, enters Italian territory near Gorizia; here, over the Karst plateau, itis fed by the Vipava River and then, turning towards the sea, by the RiverTorre, to end its journey of 136 km by reaching the Adriatic Sea near Grado, thuscharacterising with its course that part of Friulian territory also calledIsontino. The Isonzo, whosename derives from the Celtic “Eson”, is historically associated with the firstWorld War because of the twelve battles that take its name, and which leftnumerous works in the territory in memory of the Great War. Close to the watercourse or just a shortdistance from it, you can find traces of ancient, fortified strongholds, aswell as signs of previous populations that have crossed the territory such asthe Romans, the Lombards and the Byzantines or even medieval strongholds andVenetian and Austrian fortresses. The emerald,green waters of the river lap a territory characterised by cities of culturaland historical importance such as Gorizia, as well as by towns to explore likeGradisca d'Isonzo, Sagrado, Fogliano Redipuglia, ending their course nearGrado, a seaside resort par excellence, recognised by the Emperor Franz Josephas an “official care station” of the Habsburg Empire. (source Turismo FVG) 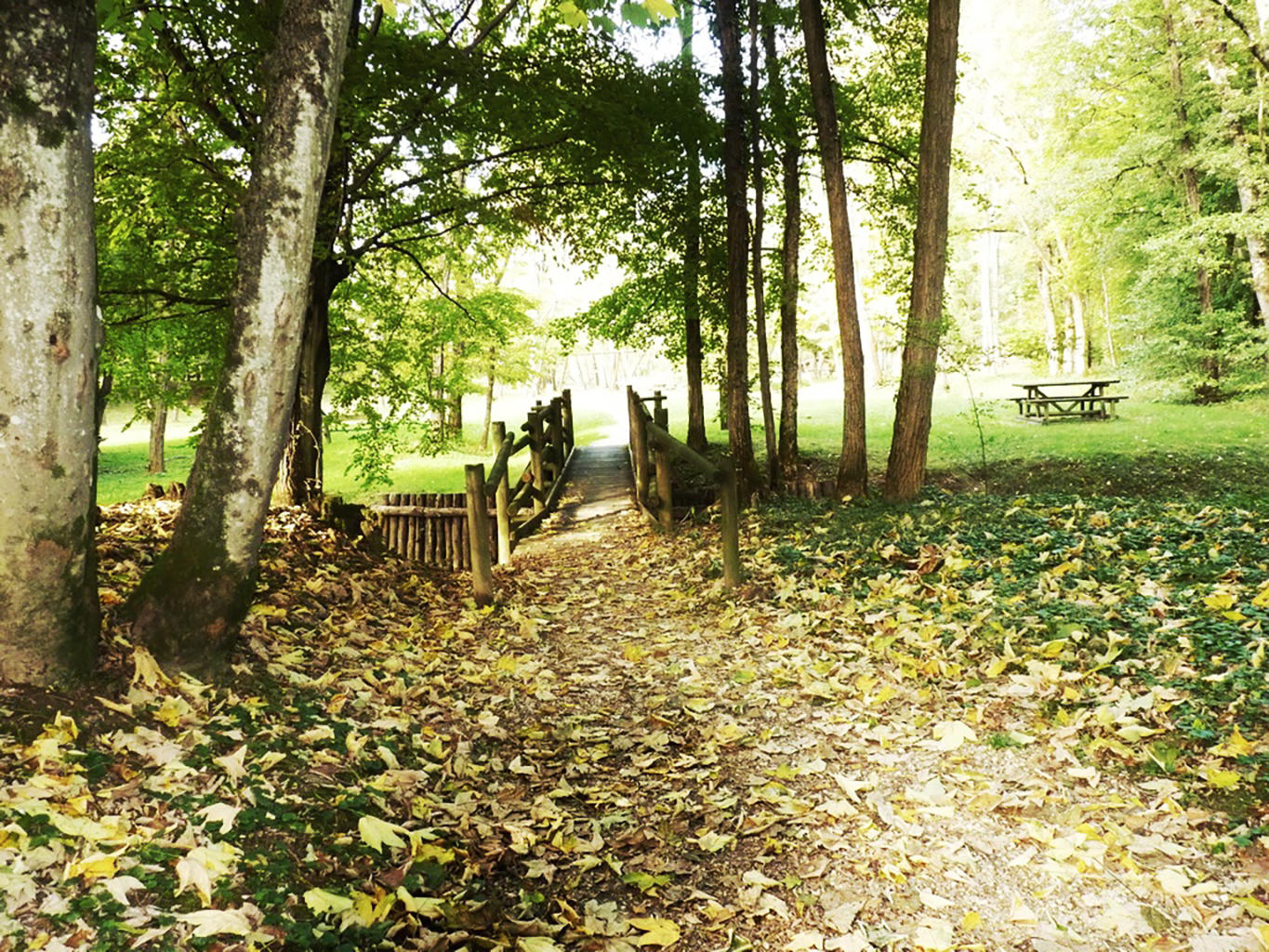 The Bosco diPlessiva, tucked between the municipalities of Cormòns and Dolegna del Collio,lies at an altitude of between 25m and 130m. It is rich in oak trees, locust trees with their tall trunks andchestnut trees. Dotted along its pathsthe remains of military constructions are easily visible, as there used to be apowder magazine on the high ground, later abandoned and swallowed up by thewoods in that area, which was then transformed into a Nature Park.  (source Turismo FVG) 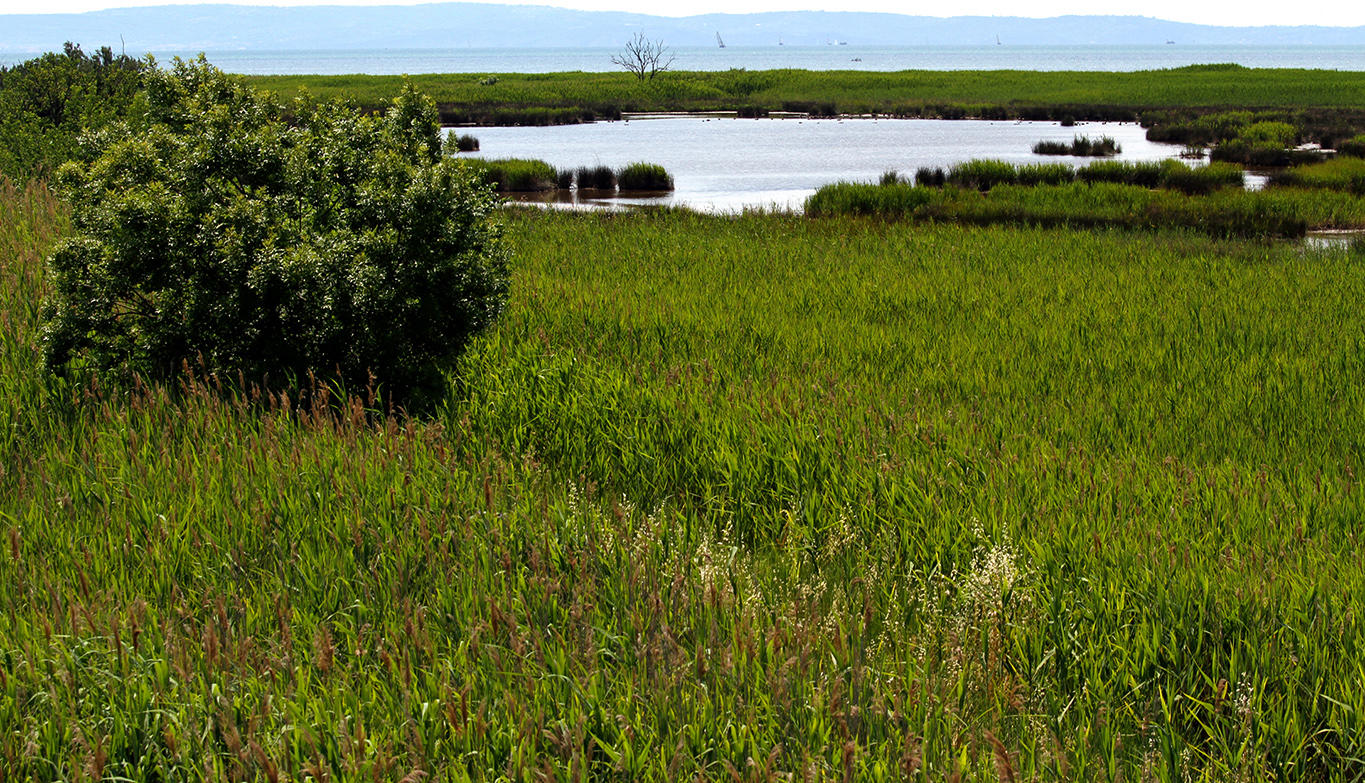 The Foce dell'Isonzo(Isonzo River Mouth) Regional Nature Reserve extends over a surface areaof more than 2340 ha along the last 15 km of the river and represents acompendium of natural habitats, unique in their kind and rich with many animaland plant species. The Island of Conalies within the reserve and is recognised as the best area in Italy for birdwatching. (source Turismo FVG) 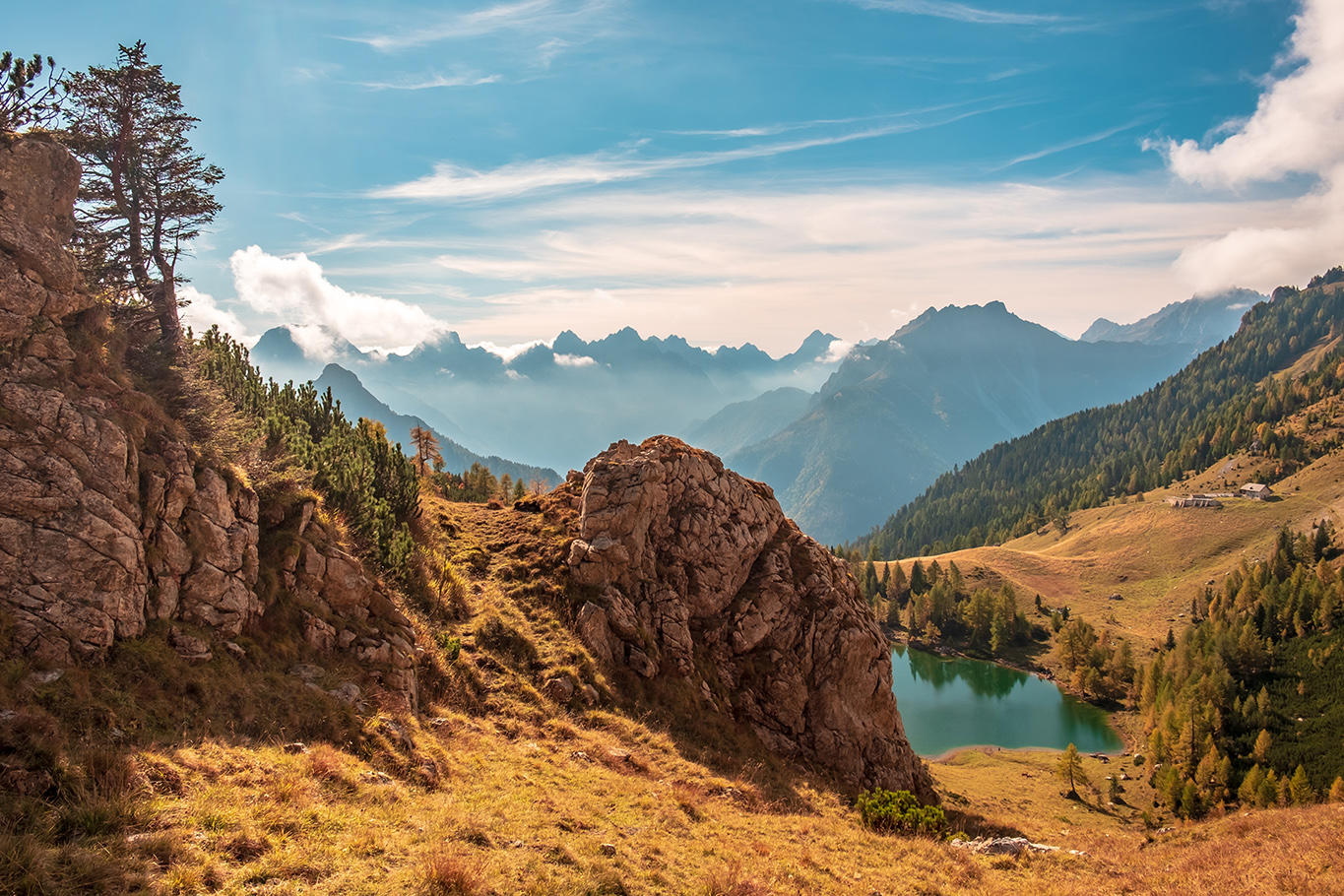 The Prealpi GiulieRegional Nature Park was established in 1996 and covers an area of a littleless than 100 km² in the municipalities of Chiusraforte, Lusevera, MoggioUdinese, Resia, Resiutta and Venzone in the province of Udine. It includes the highest parts of the Monte Plauris(1958 m), Monti Musi (1869 m) and Monte Canin (2587 m) mountain chains, onlydropping in altitude at the hamlet of Povici at Resiutta and in the Valle delTorrente Mea at Lusevera. Thepeculiarities of this area are determined by its contact with three differentbiogeographic areas, Mediterranean, Illyrian and Alpine, which help to determinean extraordinary biodiversity. A visitto the Park provides unforgettable emotions. Access to the protected area is open and free of charge, with dozens of well-maintainedpaths, allowing the most important places to be reached in complete safety. Agritourism establishments, guest houses,mountain shelters, huts and bivouacs provide places for breaks and overnightstays, that allow guests to relax and enjoy the surrounding nature quietly, butintensely (source Discover Alpi Giulie) 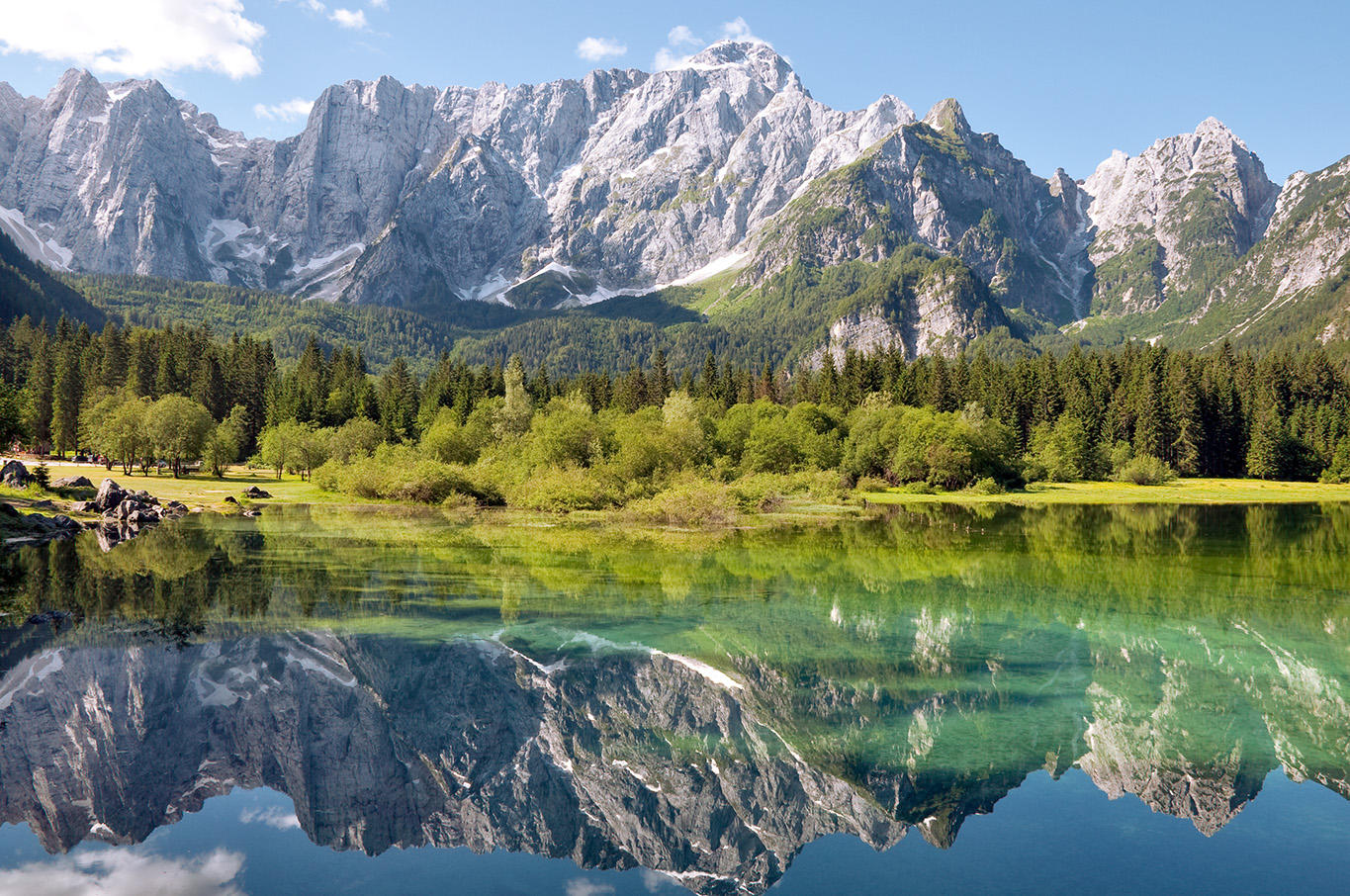 Surrounded by theJulian Alps and rich in wide valleys and woods - the Tarvisio Forest, with itsown 24,000 hectares, is the largest state-owned forest in Italy - the town hasa modern aspect, but also an ancient soul, full of traditions waiting to bediscovered. Thanks to its particularlocation close to the border, it is a crossroads of languages and cultures,where Italy, Slovenia and Austria all meet. The excellent cuisine includes specialities from Friuli, Carinthia andSlovenia. (source Turismo FVG)